During the heyday of the Morgan series when silver supplies were at their peak, large quantities of O-Mint silver dollars were released into local commerce. From 1879 to 1882 these big 90% silver coins were circulated in New Orleans. But these issues were then withdrawn and brought back to the mint to be resealed into official U.S. Mint bags and stored for many decades.

The reason for the recall of these silver dollars is not clear. It may have been related to the Reconstruction programs after the Civil War. There certainly was a shortage of cash in the economy of the South, but it's also true that silver dollars were not popular with the general population.

When these bags were released in the 1960s, not only was it clear that they had been circulated, but the bags also contained silver dollars from other mints that had been circulating in New Orleans at the time of recall. 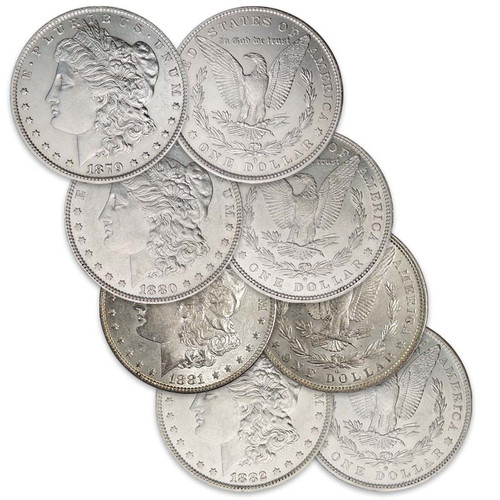