In 1889 the San Francisco Mint produced a relatively low 700,000 dollars, just one-third the number minted by the principal Philadelphia Mint that same year. Early in the 20th century this issue was considered one of the great rarities in the series, but many were later found in Treasury bags released in the 1930's and 1940's. With just a trace of wear at the highest points, our lustrous About Uncirculated quality costs half as much as you'd pay for an average Brilliant Uncirculated specimen. 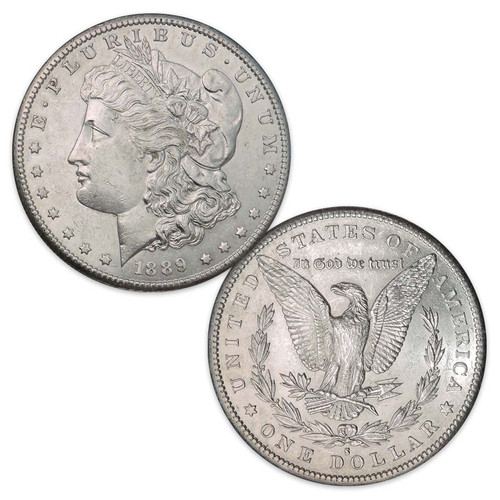