Introduced for the 100th anniversary of Lincoln's birth, this first issue's mintage was abruptly halted three days after release because of complaints that designer, Victor D. Brenner's initials on the reverse were too prominent. A second type was quickly prepared without the offending initials and released into circulation. These About Uncirculated specimens that we are offering are just shy of mint-state and show only traces of wear on the highest points of the engraving. 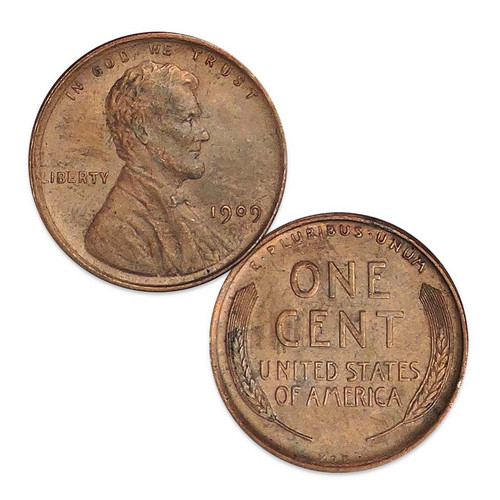