1926-S San Francisco Peace Silver Dollar, Extra Fine. The 1926-S Peace dollar production rose to 6.9 million, but as few as 1% of the original mintage is estimated to survive in mint-state quality. By contrast, BU specimens of the peak-production 1922 Philadelphia issue are believed to be over 50 times as plentiful as this 1926-S issue is today. That limited availability for Uncirculated specimens makes issues like our Extra Fine pieces desirable for collectors looking for a deal. 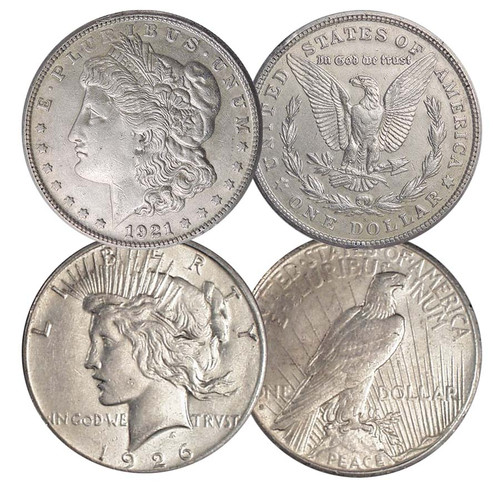