1927-D Denver Peace Silver Dollar Extra Fine. Just five Peace dollar dates were struck by the Denver Mint in the entire series. Of those five dates, less than 1.3 million were struck in 1927, which proved to be the lowest output by the Denver Mint. Today it's estimated that merely 9,000 of these historic dollars may survive in mint-state quality — that's less than 1% of the original mintage. Those BU issues regularly sell for over $300, which puts added collecting pressure on the small fraction of circulated Peace dollars remaining. 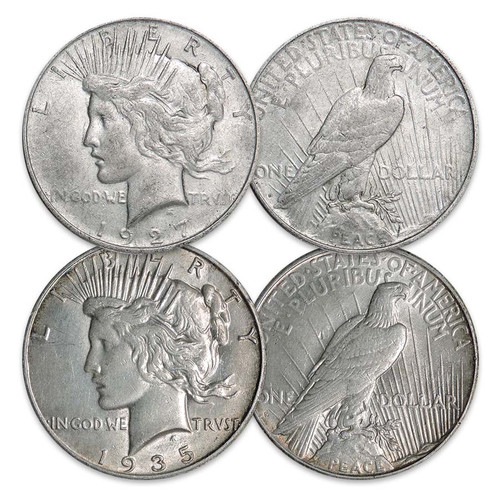