Peace dollars mintages plummeted in the late 1920s. The 1927-S output of 866,000 was less than 5% of the 1922-1923 averages and was the lowest for the San Francisco Mint in the entire series. In 1928, the Congressional quota for the series was reached and minting abruptly stopped. The Philadelphia Mint had produced just 360,649 Peace dollars, which proved to be the lowest output of all. The 1928-S San Francisco mintage of just 1.6 million was the only other Peace dollar production for the year. This pair retails for $945 in mint-state condition. Nicely-detailed Very Fine quality. 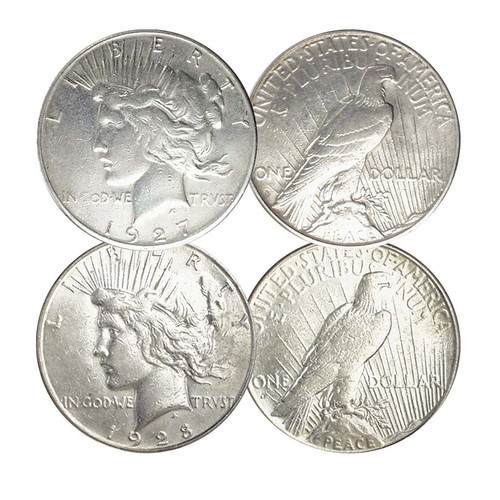