1959 Mint Set. Prior to 1959, mint sets contained two examples of each coin struck for commerce. Commonly referred to as "double mint sets," they were retired with the introduction of this 10-coin 1959 set, with updated cellophane packaging and one specimen coin per denomination from each mint. Its modest mintage of 187,000 is the lowest output of the past six decades and is the most affordable set from the first dozen years of the long-running U.S. Mint set series.

1962 Mint Set. This 10-coin 1962 Kennedy-era set was one of the last with traditional silver content as the U.S. Mint ceased to issue 90% silver dimes, quarters and half dollars for use in commerce after 1964. With a mintage of just 385,285, it has remained easily one of the lowest outputs for any U.S. mint set of the past half-century. The six 90% silver coins combined with the low mintage makes this set a must have for collectors. 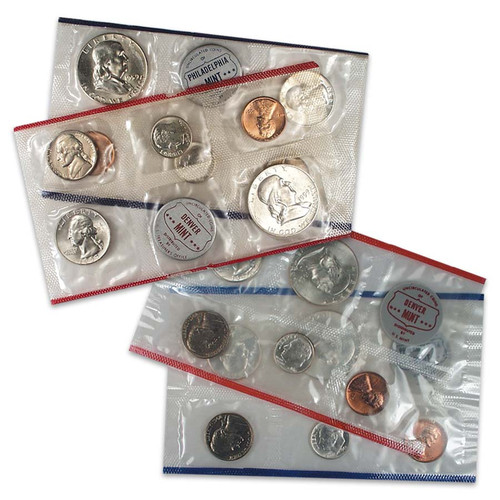