1961 Proof Set. Now six decades old, it's the least costly U.S. proof set of its vintage. This was one of the last regular proof sets to include three 90% silver denominations (the dime, quarter and half dollar) in addition to the cent and nickel. Many of the sets were later broken up to obtain coveted Franklin silver half dollar proofs, which were issued only in these sets.

1962 Proof Set. This five-coin proof set would prove to contain the second to last Franklin date before the series was abruptly suspended after President Kennedy's assassination the following year. Its limited mintage was just 3.2 million — individual circulation mintages for dime, quarter and half dollar denominations were up to 750 times higher. 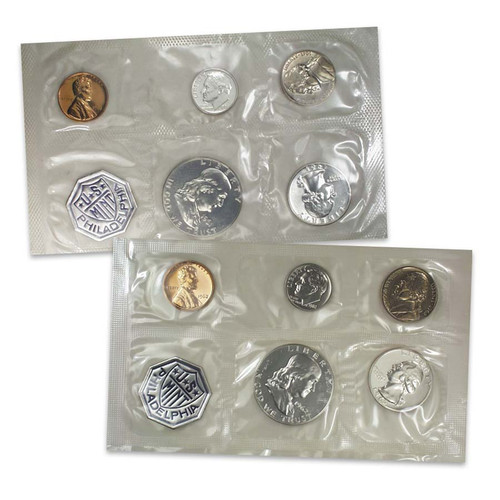