These low mintage proof sets — two of which contain coins with precious silver content — are an appealing acquisition for any serious collector. Not to mention that the sale price for this bundle is a great reason to act now!

1961 Proof Set. Now six decades old, the 1961 proof set was one of the last to contain 90% silver issues — the dime, quarter and half dollar. It's the least costly proof set of its vintage. Many sets were broken up to obtain coveted Franklin silver half dollar proofs, which were only issued as part of these sets.

1970 Proof Set. This low mintage five-coin proof set features the last Kennedy half dollar struck with 40% silver content. No half dollars were struck for use in commerce that year as the market value of silver had outstripped the face value of the coin. The 1970 proof set’s output of just 2.6 million was among the lowest mintages of the 1970s and 1980s.

1984 Proof Set. Its output of 2.7 million was the second lowest for the clad proof sets of the 1980s and the lowest since 1974. Yet this set is still comparatively affordable, costing less than other U.S. proof sets of the period with much higher mintages. Included are finest quality proofs of the cent, nickel, dime, quarter and half dollar, whose circulation mintages for the date were up to a thousand times higher. 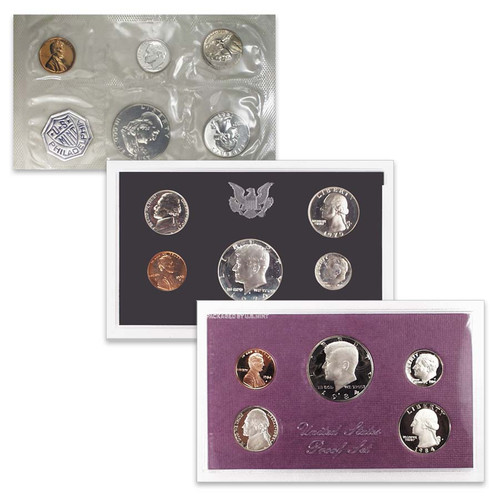