Initially created by the U.S. Treasury as an emergency measure during the Civil War, United States Notes were first authorized by the Legal Tender Act of 1862 and were printed for nearly eleven decades, making them the longest-issued form of U.S. paper money. Beginning in 1928, large-size United States Notes were changed to present-day dimensions and were printed in $1, $2 and $5 denominations with red seals that indicated the money was an obligation of the U.S. Treasury. By 1963, the last $5 red-seal notes were issued for circulation and were discontinued three years later. We've found a small cache of these nicely preserved Fine quality $5 United States Notes. Add a piece of paper money history to your collection today for a great price! 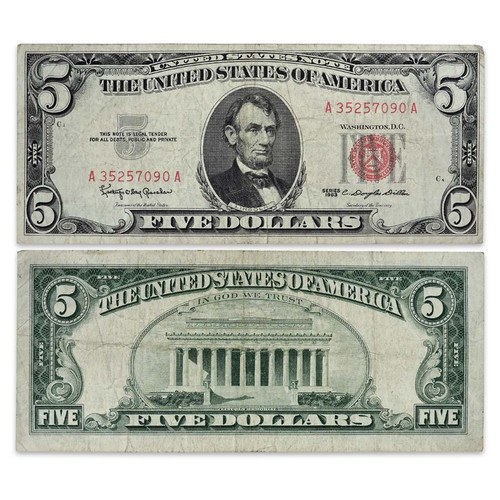