In 1964, Lyndon Johnson signed the Civil Rights Act, poverty and war were highlighted on the daily news and America grieved the loss of John F. Kennedy. Pop culture gave us the Beatles, Muhammad Ali and Bob Dylan. The year also made numismatic history as the first Kennedy half dollar was released it also proved to be the last year circulating coinage contained 90% silver issues. The 1964 proof set was also the final set produced in Philadelphia; no proof sets were issued until production ramped back up in San Francisco in 1968. The trio of coins offered here were originally found in those historic 1964 proof sets. Included are a Lincoln cent, Jefferson nickel and 90% silver Roosevelt dime. 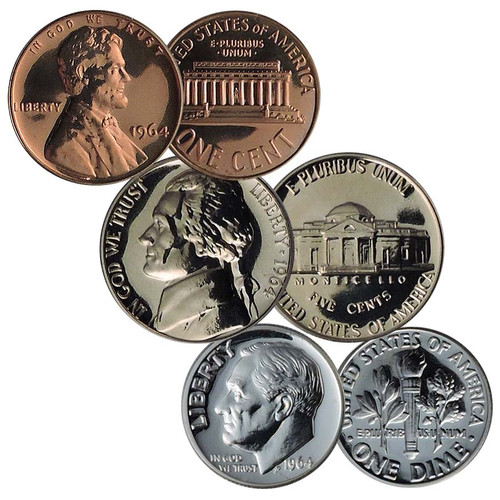