Regular U.S. mint sets were not issued from 1965 to 1967. The regular U.S. mint series was restored in 1968. That year's set had a mintage of just 2.1 million. Thirty years later the 1998 mint set production was even lower at 1.2 million. That was the last 10-coin set before the introduction of the statehood quarter series. Included in both sets are specially minted Brilliant Uncirculated specimens of all the U.S. circulation coin issues for the year including both Philadelphia (P mintmark) and Denver (D) cents, nickels, dimes, quarters and half dollars. 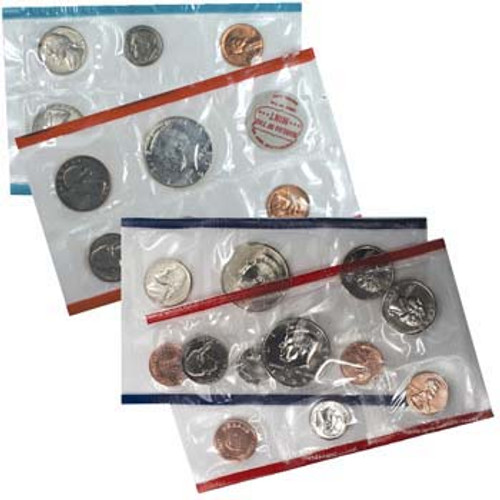