Just over two million mint sets were issued in 1970. That year, the U.S. Mint did not issue Kennedy half dollars for circulation. Only the 1970-D Kennedy half appeared in these mint sets and it was also the final date to be struck with 40% silver content. This Kennedy issue is considered a key date in the series, which meant that ultimately many mint sets were broken up to obtain the individual half dollar, leaving fewer intact sets today. Buy the 10-coin 1970 mint set at its regular price and we'll include an 11-coin 1971 mint set FREE! The 1971 mint set includes three cents, two nickels, two dimes, two quarters and two half dollars. 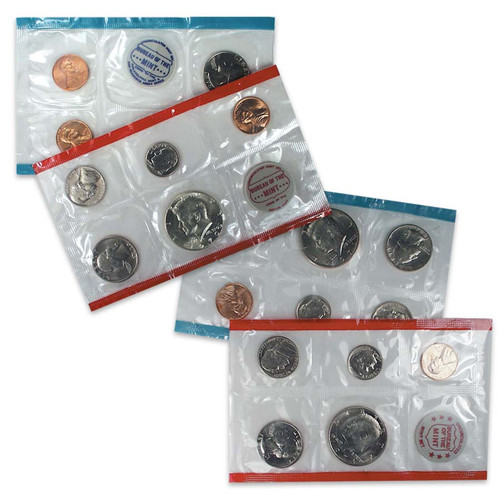