1979 Proof Set, 6-Coin. This set introduced the very first forward-looking small U.S. dollar in proof form. The pioneering Susan B. Anthony dollar was discontinued after three years because of its unpopularity, which was partially due to its resemblance to the quarter.

1989 Proof Set, 5-Coin. This set's output of just over 3 million was significantly smaller than mintages just a few years earlier and one-quarter less than the all-time high production of 1976.

1997 Proof Set, 5-Coin. In 1997, the U.S. Mint issued just 1,975,000 proof sets. That proved to be the second-lowest regular proof set production in four decades and just 47% of the peak 4.1 million mintage. Even with that distinction this set is surprisingly affordable today. 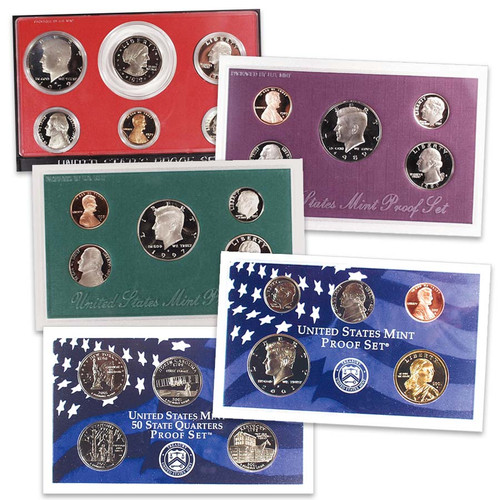