1986 Silver Eagle Proof. The American silver eagle series was first introduced by the U.S. Mint 35 years ago and has continued to increase in popularity since its inception. From the beginning, proof quality coins were offered specifically for collectors and output in much lower numbers than their bullion counterpart, adding to their desirability. These stunning one ounce .999 fine silver dollar issues feature a much larger, beloved Walking Liberty engraving on the obverse and traditional heraldic eagle reverse. 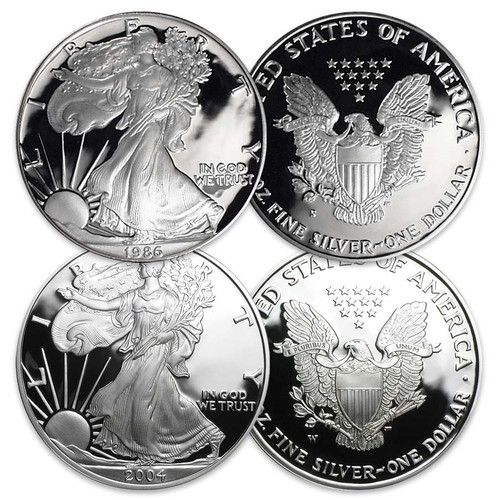