This 5-coin Premier silver proof set is housed in a black velvet case with satin lining and is specially created for display. Each proof set comes in its original cardboard box. 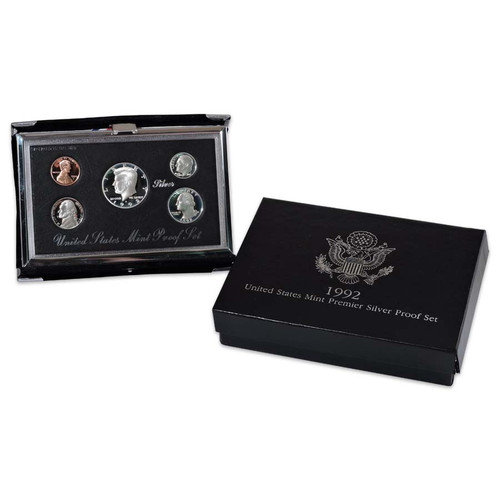