Buy the 2008 Sacagawea dollar proof at its regular price of $25 and we’ll include the 2008 Philadelphia and Denver pair in Brilliant Uncirculated quality FREE! The 2008 issue was the last in the series to carry the original common reverse engraving. The following year, the U.S. Mint revised the Sacagawea dollar program, transforming it into the Native American dollar which features new reverse designs annually. The 2008 proof issue was only released as part of the year’s proof set and is only available when sets are broken up. When you acquire the tough to find proof issue we’ll include the P & D BU dollars FREE. 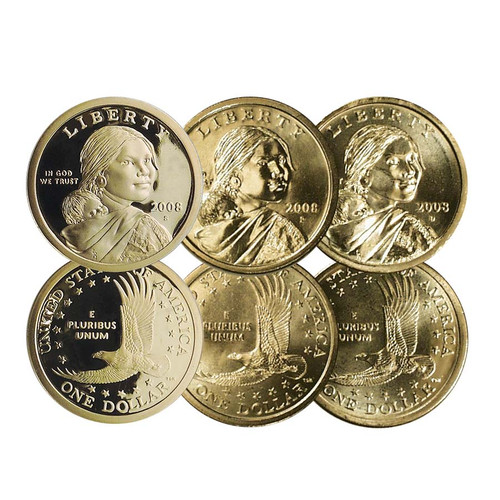