In his travels, Columbus introduced sugarcane to the Caribbean. Later in the 1600s when the English colonized Antigua and Barbuda, their alcohol know-how changed the future of sugarcane; with fermentation and distillation, voilà — you get rum! And where there's rum, there's pirates! Overnight, it became a cash crop, and the resulting libation even more so. Running, ahem — exporting rum to the North American colonies became big business. Denominated $2, this fantastic one ounce .999 fine silver coin has a limited mintage of just 25,000. 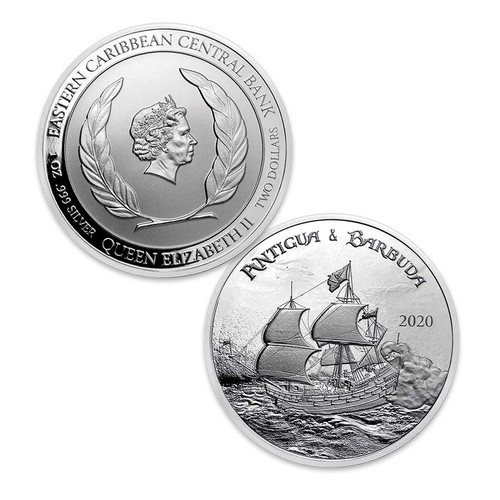