Australia's new limited mintage one ounce silver dollar pays homage to the most feared fish in the ocean, the great white shark. This apex predator's migratory habitat includes cruising through Australia's waters, where it hunts for seals and other large prey. When hunting, white sharks favor surprise attacks, swimming at great speed from underneath their prey — so fast that they sometimes breach their entire torpedo-shaped body out of the water! Female white sharks grow larger than males; the largest known is Deep Blue, a massive female shark that is estimated to be 20 feet long! This formidable .999 fine silver dollar will have a worldwide limited mintage of just 25,000. Queen Elizabeth II obverse. 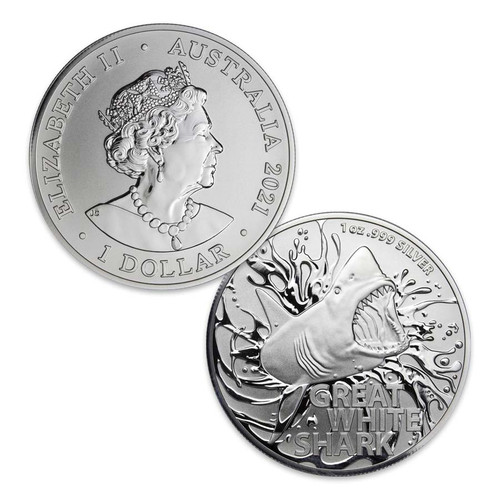