This coin is the first release in the new BVI Ship Series by the Pobjoy Mint. The inaugural issue celebrates the Golden Hind, a galleon that was captained by Sir Francis Drake in the 16th century. Elizabeth I of England sent Drake with a small fleet on a "voyage of discovery," which was a thinly veiled directive to pillage and plunder whether on land or sea. Drake became the first Englishman to circumnavigate the globe and returned to the delighted Queen with purloined treasures, earning a knighthood. Reminiscent of treasure, this affordable golden-colored coin is comprised of virenium, a metal alloy created by Pobjoy. Limited mintage of 1,950. 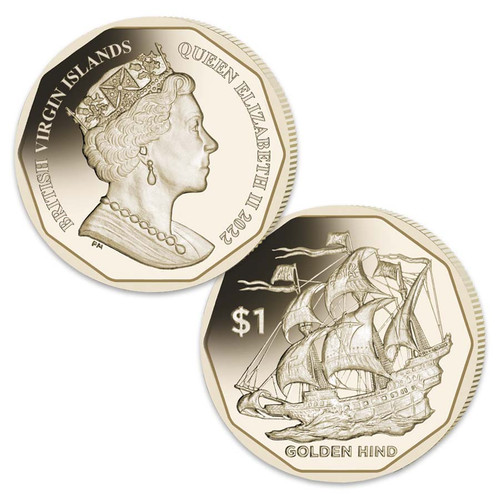