Canada 1974 Winnipeg Silver Dollar. This silver dollar's reverse design celebrates the centennial of Winnipeg. Within the zeros of the large 100 are two different scenes of Winnipeg; one depicts a cart pulled by a steer with smoke stacks in the background as would be seen in 1874, while the other shows a busy road with cars and tall buildings in 1974. Queen Elizabeth II obverse. Specimen quality. 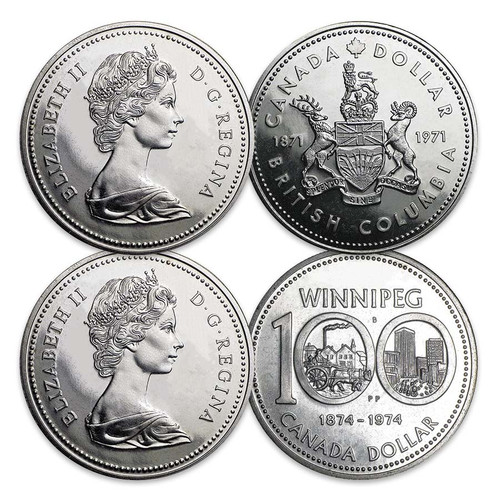