These 90% silver pesos were struck at the U.S. Philadelphia Mint on Peace dollar planchets early in the 20th century.  Not only was the silver American, but the design was executed by Charles Barber, Chief Engraver of the United States Mint.  Shown is a large star and the Cuban National Coat of Arms.  Many of these big coins were held by the government as backing to existing paper currency and later melted for the silver content.  Our Very Fine quality carries clear and detailed engravings.  Our choice of 1933 or 1934 date. 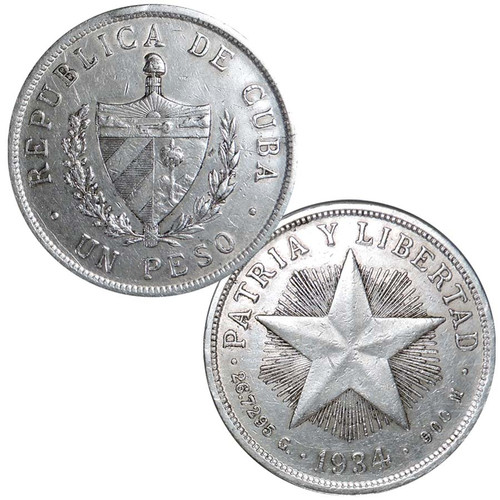