Most of us know FDR's connection to the dime he still appears on, but did you know that one of our greatest Presidents was also an avid stamp collector? Elected to an astounding four terms, Franklin Delano Roosevelt served as the 32nd U.S. President during some of the darkest days in American history. He led the country through the Great Depression and helped win World War II, although he died before its end. Beloved by many, FDR's portrait appeared not just on the dime, but also on postage stamps following his death. This great set will appeal to both coin and stamp collectors; it includes a 90% Roosevelt dime struck before 1964 and three U.S. postage stamps issued in 1945-1946 memorializing his legacy. 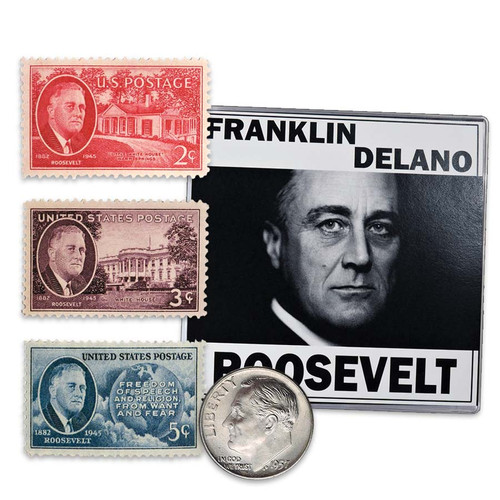