Often called a "sister coin" to the U.S. silver eagle, these issues are the British equivalent bullion option. Just like our silver eagle, each contains one troy ounce of investment grade .999 pure silver. These coins have been produced by the British Royal Mint since 1997 and are eagerly sought after by collectors as well as investors. Each features the beautiful Britannia, who is an ancient symbol of that island nation's strength and unity. The exquisitely detailed engraving shows the windblown goddess armed with a trident, shield and helmet. A portrait of Queen Elizabeth II, the world's longest-reigning monarch, graces the obverse of this £2 bullion issue. 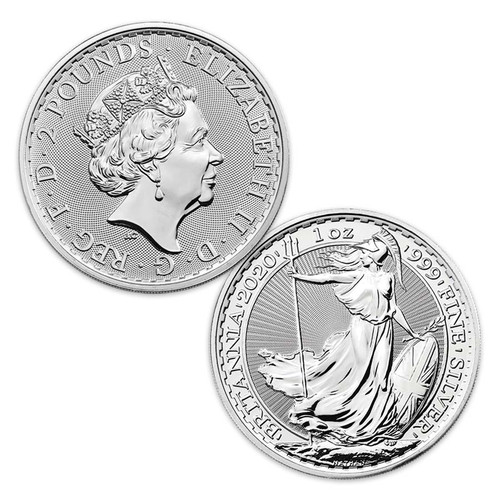