Beginning with the invasion of the Philippines in 1941, Japan captured local currency and replaced it with their own de facto military scrip. As the Imperial Army continued to occupy more territories, the Japanese Government issued this money in its wake, which would ultimately become worthless at the end of the war. Many of these notes were saved by civilians and Allied forces as souvenirs of Japan's defeat. Add this interesting piece of World War II history to your collection today. You will receive four circulated notes of varying denominations. 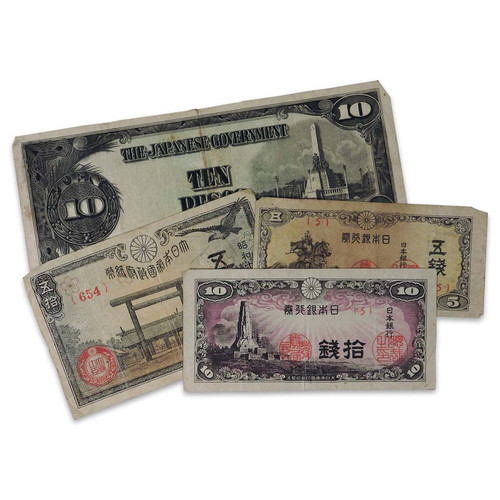