Have you ever seen a giant penny? Measuring 39.2mm, this big, one ounce copper round honors the legacy of the 1909-S VDB Lincoln cent. The Wheat cent was introduced in 1909 to celebrate the 100th anniversary of President Abraham Lincoln's birth. Minting was halted only three days after it began due to complaints that designer Victor D. Brenner's initials were too prominent. 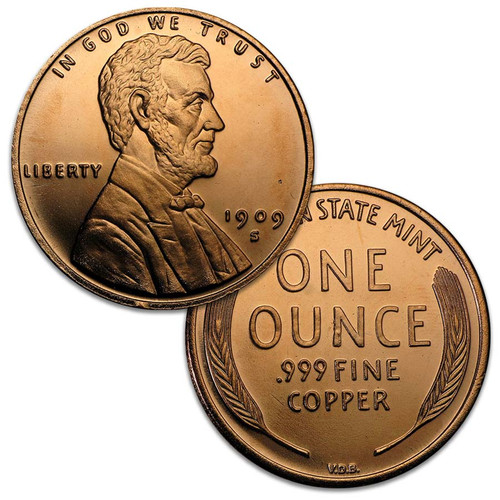