Hitler's most famous silver coin was introduced in the year of the Berlin Olympics, when Nazi Germany's power began to be perceived as a serious threat to world peace. The stolid portrait was Hitler's tribute to the late President Paul von Hindenburg, who had far outpolled the Nazi runner-up in the German general election of 1932. The obverse presented the first large swastika on Nazi coins. Fine to Very Fine quality 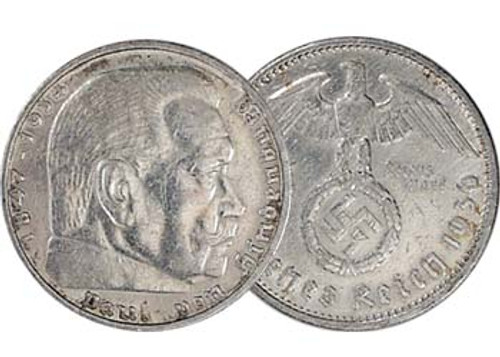