Before the Lincoln cent was issued in 1909, no U.S. coin had ever featured a real person; instead most had varying personifications of Liberty. In turn, as other denominations were slated for design change, the greatest and most influential Presidents in our history were chosen for each coin. This six-coin set features a Lincoln cent, Jefferson nickel, Roosevelt dime, Washington quarter, Kennedy half dollar and Eisenhower dollar in a custom folder. Brilliant Uncirculated quality. Our choice of dates. 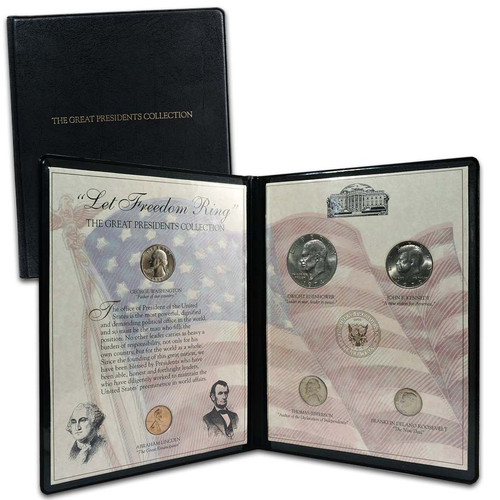