Minted since 1837, the Seated Liberty silver dime underwent a design change in 1860. Although the same Liberty motif was kept on the obverse, stars were removed and the legend UNITED STATES OF AMERICA was relocated to the obverse. This variety was produced continuously from 1860 through 1891 and used heavily in commerce. During the entire 54 year Seated Liberty series only about half as many pieces were struck as the later Liberty Head dimes were in their 25 year span, and over ten times as many Mercury dimes were output! Of course, only a small number of these Seated Liberty dimes remain today in collectible condition. Our choice of five different dates. Good quality specimens retain basic designs and clear dates. 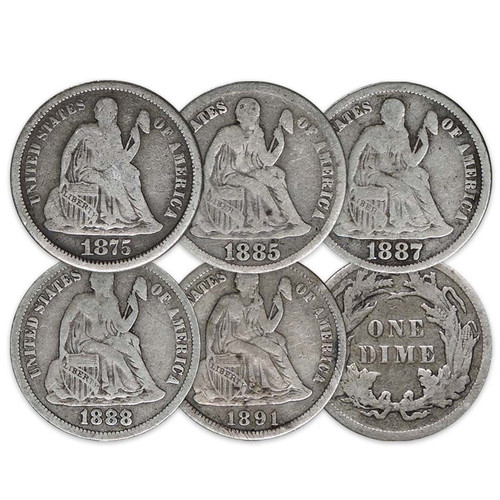