We rarely offer this low-mintage coin because it is so tough to find. Released for the 75th anniversary of Antietam, this coin had a total mintage of merely 18,028 and is the rarest Civil War commemorative. It displays Generals Robert E. Lee and George B. McClellan, who commanded opposing forces during the 1862 standoff in Maryland; the bloodiest single-day battle of the Civil War. The three stars near Lee and two near McClellan indicate their high rank. On the reverse is Burnside Bridge, the key focus of the battle. With virtually no wear, this MS-63 quality is especially sought after by collectors. 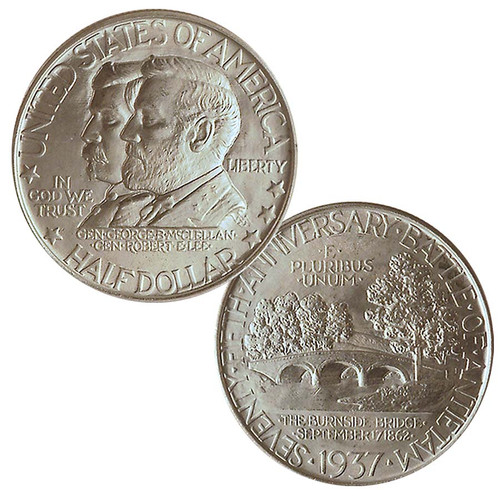