This first New Orleans Mint Morgan dollar issue of the century was produced during the waning years of the venerable Southern institution. The vast majority of this issue were held in U.S. Mint and Treasury vaults, and then lost forever in later government melts. Compared to some earlier O-Mint Morgans, the 1900-O issue is relatively scarce today in BU quality. And near-gem specimens like these MS-64 issues are even tougher to find. To qualify for MS-64 grading a coin must have burning near-gem luster and be close to free of surface flaws on both sides. Transparent slab with official grade certification. 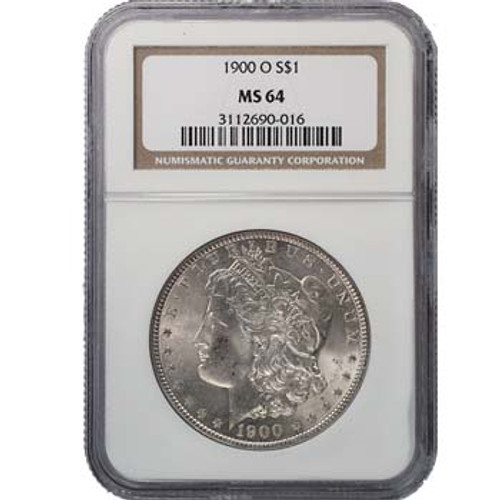