Early U.S. Mint cents were modeled on familiar British copper pennies of the day. That's why they were called pennies rather than the official cent. They were significantly larger than the one cent coins of today. A wide variety of engravings were featured on these large cents over the years. The 1816-1835 Matron Head was the last coin engraving of Robert Scot, who designed some of the first 18th century U.S. coins. The design did stand the test of time and remained in use for more than two decades, and then for three decades more following some modifications. Very Good quality featuring clean engravings. Our choice of date. 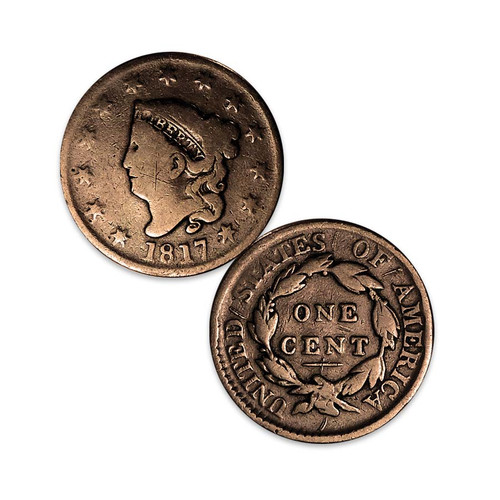