As one of the most unusual coins in our history, these big silver dollars were struck for use primarily for the purpose of export trade with Asia. Before its creation, the preferred coin was the Mexican silver eight reales, which contained more silver than U.S. dollars then in circulation. In 1873, the U.S. government began striking its own Trade dollars, whose silver content exceeded that of the Mexican eight reales and the domestic Morgan dollar. Soon Western silver interests lobbied to have regular silver dollars reinstated and the Trade dollar became the only U.S. coin ever demonetized by the U.S. government. Our nicely detailed Very Fine quality specimens may bear the chop marks of Asian merchants who counter-stamped these coins. Our choice of date. 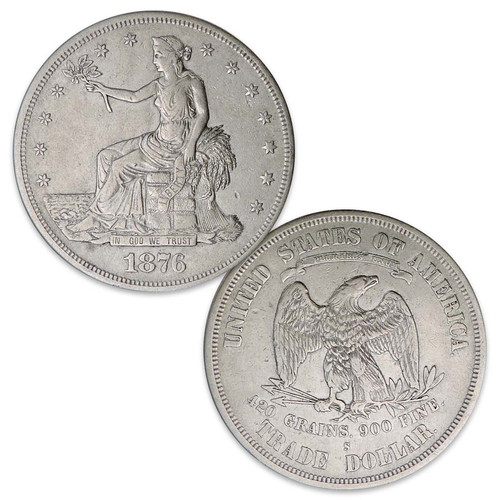