The 1878 tail feather scarcities are the first and most famous Morgan varieties. We usually only offer the first three types, but have found a small selection of the sought-after fourth and last type.

Two final seven tail feather varieties emerged in 1878. The 2nd Reverse shows the eagle with a flat breast and parallel feathers on the arrows it clutches. The last variety of 1878, which we offer here, is the 3rd Reverse. The eagle displays a rounded breast and the feathers of the top arrow are slanted. This became the standard reverse design for the series. Nicely detailed Very Fine quality. 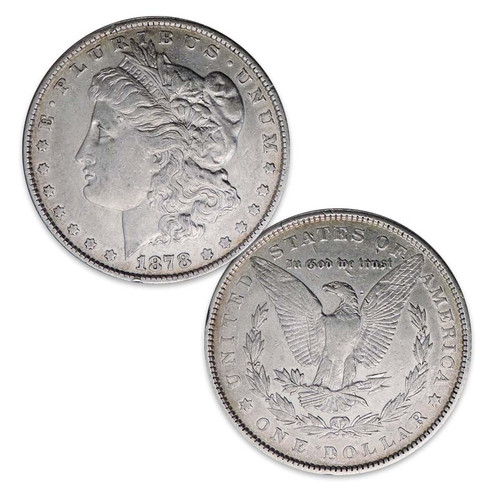