Morgan silver dollar production reached its peak in the 1880s and had severely declined by 1892. A relative scarcity for the date is this 1892-O Morgan, whose 2.7 million mintage was the lowest New Orleans Mint output in the series up to that date. Vast numbers were later lost in government melts during the world wars. BU quality sells for $625 and even the next-step-down AUs are pricey, which makes this sharply detailed Extra Fine quality a great bargain! 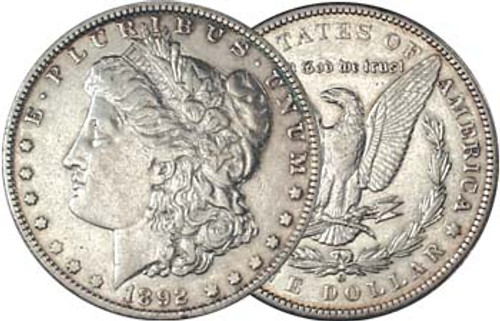