Many numismatic changes happened between 1964 and 1968. One such revision was the placement of mintmarks. Before 1964 mintmarks were on the reverse of the nickel, dime and quarter. In 1966-1967 these three coins were not output at either the Denver or the San Francisco branch mints. When production resumed the mintmark had moved to the obverse of each coin. For both dimes and quarters in this set, the 1964 issues contain the traditional 90% silver content while the 1968 specimens are copper-nickel clad. When you buy the 1964-D trio, which includes two silver coins, well include the 1968-D coins FREE for a total of six issues! All in Brilliant Uncirculated condition. 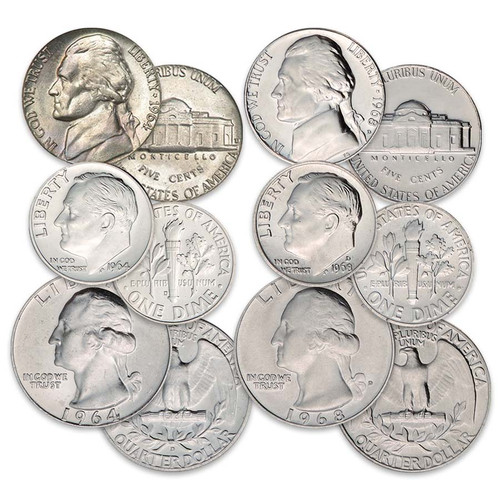