1993 Proof and Mint Set Pair. The 1993 proof set includes all proof issues for that year's coins. BU circulation mintages for these same coins were up to thousands of times higher. For example, while over 5 billion cents were issued for circulation in 1993, only 2.4 million proof-quality cents were issued for as part of proof sets. That year's 10-coin mint set had an even lower final production of just under 1.3 million — the second lowest mintage up to that date since 1964. Included are Brilliant Uncirculated specimens of all Philadelphia and Denver issues for the year. 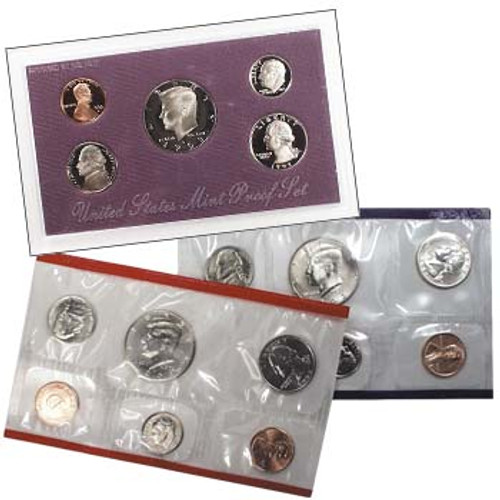