Often referred to as the "Shadow-Kaiser," Wilhelm II was the last German Emperor and King of Prussia, ruling from 1888 to 1918. His actions while ruler contributed to the start of World War I. At the conclusion of the war, he was forced to abdicate the throne due to Germany's growing unrest and the mutiny of its navy. He lived the rest of his life comfortably in exile in the Netherlands — a neutral country — so that he could not be held responsible for his actions during the war. Output from 90% silver, the fünf mark features his portrait and the imperial eagle of the German Empire with a Prussian shield. Nicely detailed Very Fine quality. Our choice of date. 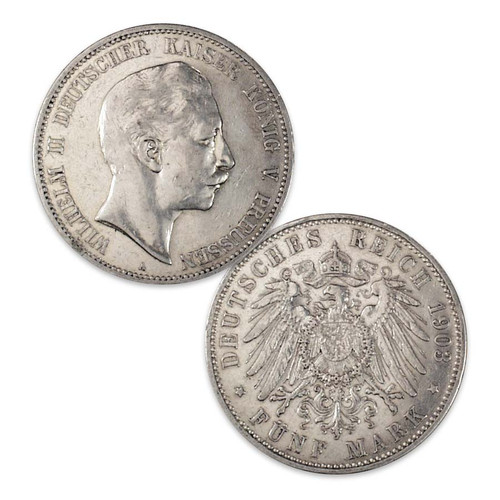