U.S. 1935 $1 Silver Certificate, Very Good. These 1935 $1 silver certificates circulated while America was still in the depths of the Great Depression. That same year, Amelia Earhart made the first solo flight across the Pacific Ocean from Hawaii to California and the Social Security Act was signed into law by President Franklin D. Roosevelt.

Featuring a distinctive blue seal, small-sized $1 silver certificates were issued in 1928, 1934, 1935 and 1957, and could be redeemed for their face value in silver dollar coins — and later raw bullion — upon demand. In the early 1960s, silver certificates were discontinued; although they are still considered legal tender at face value, they can no longer be redeemed for the precious metal. 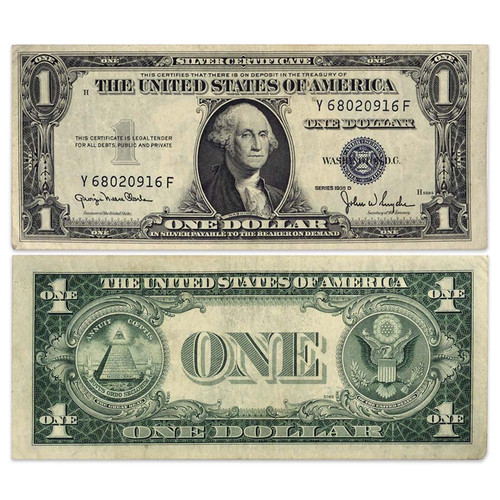