Just 34,324 of these sets were minted over six decades ago. Just two years later, over five times as many U.S. mint sets were being produced and outputs later reached into the millions. Included are cents, nickels, dimes, quarters and half dollars from the Philadelphia and Denver Mints. Two examples of each coin are include, as is the case with many double mint sets issued during this time period. A dozen of the Brilliant Uncirculated issues are 90% silver. All the coins tend to be heavily toned, as the original mint packaging consists of cardboard holders and paper covers. 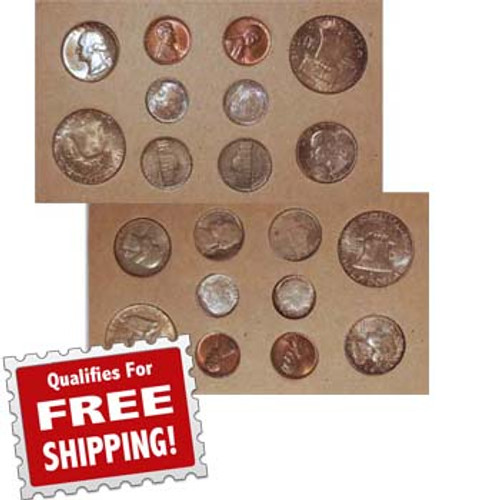