Far fewer U.S. proof sets were issued in the 1950s than in following decades. One of the most affordable of that decade is this 1957 set, whose mintage of 1.2 million was much lower than later proof set outputs which soared to as high as 4 million. This vintage set was among the last to include a 90% silver dime, quarter and half dollar. Fewer 1957 proof sets remain intact than mintage numbers suggest. Many were broken up to obtain the individual Franklin silver half dollar proofs which were only issued as part of these five-coin sets. Packaging for early proof sets may vary. Original U.S. Mint packaging is not always available or desirable. 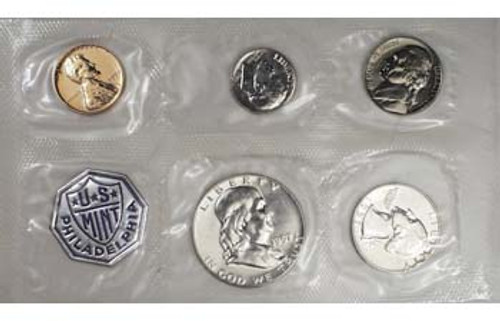