The circulation Ike dollar series had begun in 1971, not long after the beloved American leader's death, but no copper-nickel Eisenhower dollars were included in U.S. mint sets until 1973. That year witnessed the first mint set with dollar coins in the nation's history (U.S. mint sets began to be issued in 1947 and previously included only cent through half dollar denominations). Despite its landmark inclusion of the big Ike dollars, the 1973 mint set's total mintage was just 1,767,691 — the lowest of that decade, when regular annual mintages reached as high as 2,750,000. 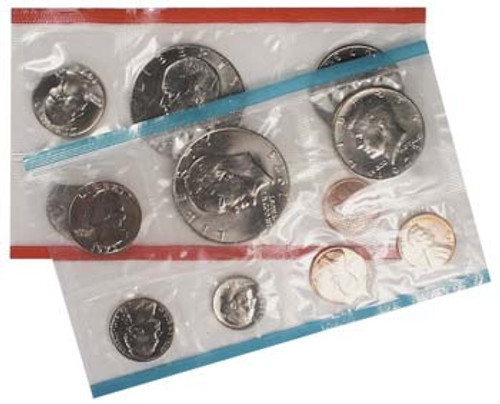