This 5-coin set contains finest-quality proofs of all U.S. coin denominations for the date of issue. Included are the cent, nickel, dime, quarter and half dollar, whose circulation mintages for these dates were up to thousands of times higher. For example, while almost 17 billion U.S. cents were issued in 1982 for circulation, the 1982 proof set's mintage was just 3.8 million.

These impressive issues were struck by the San Francisco Mint, whose proofs are regarded as the best ever in American history. Every proof coin has been double-struck on mirror-finish coin blanks for the sharpest definition and dazzling beauty. The 1982 proof set features elegant frosted engravings that contrast with the mirror backgrounds. This exquisite effect was introduced by the San Francisco Mint in the late 1970s. 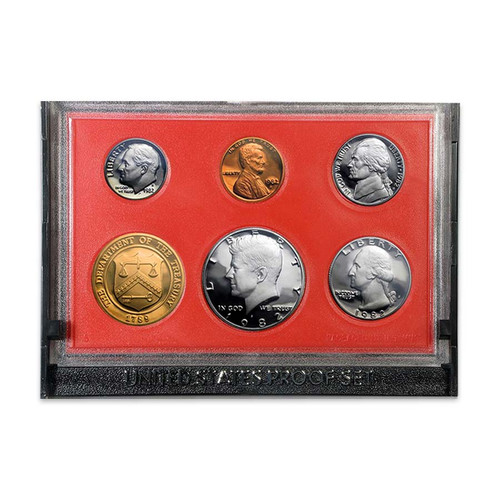