This copper-nickel coin commemorates the 100th anniversary of the founding of the American Legion in 1919 by members of the American Expeditionary Forces occupying Europe after World War I. The American Legion's focus is on service to veterans, service members and communities. The obverse design depicts two children standing and reciting the Pledge of Allegiance, the girl proudly wearing her grandfather's old American Legion hat. The reverse completes the phrase from the obverse: I PLEDGE ALLEGIANCE TO THE FLAG... OF THE UNITED STATES OF AMERICA. 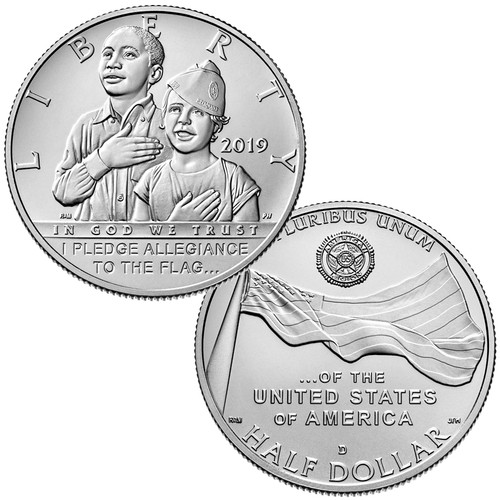