The first Lincoln cent of 1909 was issued for the 100th anniversary of Abraham Lincoln's birth. It replaced the Indian Head cent, which had been struck since 1859. It was the first time in U.S. minting history that a portrait of an historical figure appeared on American coins intended for circulation and the design won great acclaim from the American public. The very first cents produced carried the designer's "VDB" initials on the reverse "Wheat" side. After release objections were raised that the initials were obtrusively large. Later in 1909, this second type was issued without initials. Fine quality. 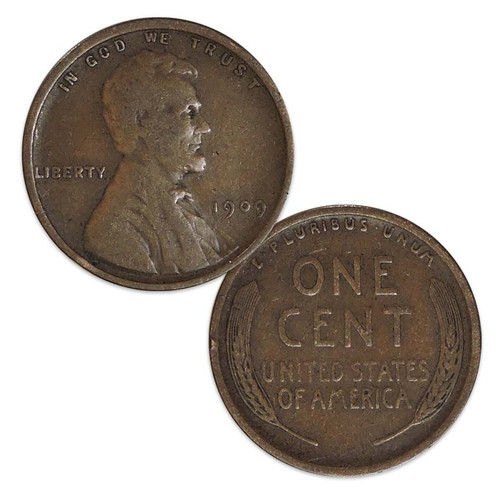