Still in the infancy of the series, these cents were struck in the year the Titanic sank, Arizona became the 48th state and Woodrow Wilson was elected President. Of the three mints then in operation, San Francisco's output was the smallest, with only 4.4 million minted. That same year, Denver produced more than twice that number and Philadelphia more than 15 times! 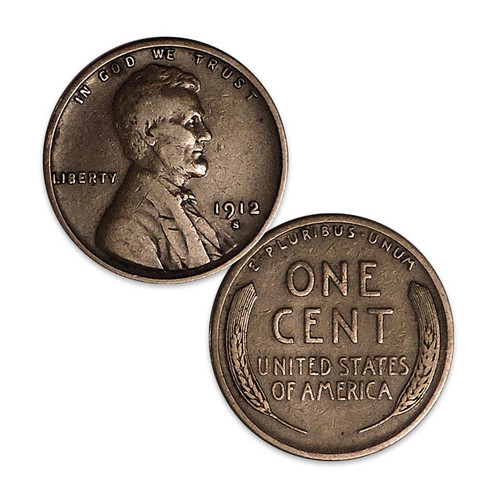