The principal Philadelphia Mint issued a relatively low 2.8 million Morgan dollars in 1904, far below its 1889 peak production of 21.7 million. And today just a fraction of the 1904 no-mintmark Philadelphia Morgans survive in nice condition. It's estimated that about seven times as many 1904-O New Orleans Mint Morgans may exist today in VF quality or higher grades. Yet this Very Fine 1904 Philadelphia issue regularly sells for no more. Morgan dollar minting was suspended after 1904 until one last output in 1921. 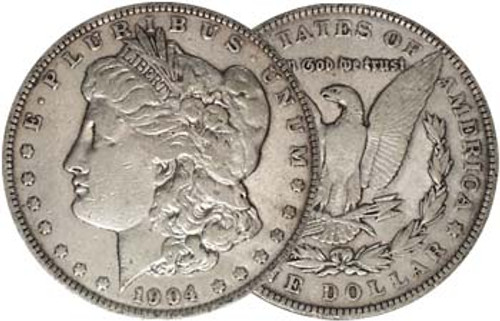