It was released in the year of the first U.S. silver certificates, which were redeemable for silver dollars. The $5 note pictured five of these 1886 Morgans as assurance. While this Philadelphia mintage was the highest up to that point in the Morgan series, an unusually vast proportion was later lost in government melts. Far fewer survive in our nicely detailed Very Fine quality or higher grades than some earlier Morgans. 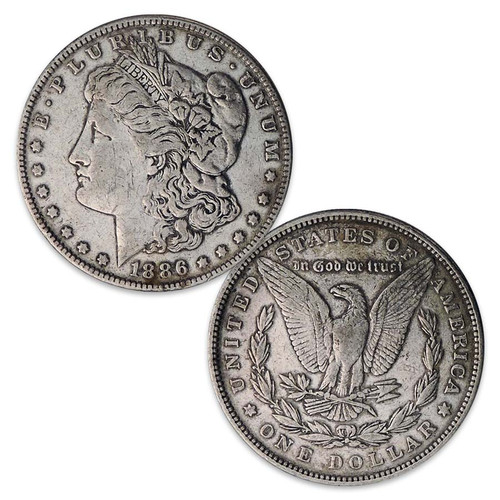