Instead of a pocketful of coins or a fistful of cash, the ancient Greeks of Oblia had dolphins! Located on the coast of the Black Sea, this ancient Grecian culture used proto-money, which was a precursor to coins. A venerated fish in Greek mythology, the dolphin form was used for Oblia's currency. These fascinating bronze pieces date from the fifth century BC and due to the crude method of manufacture in ancient times, no two will be alike. Each guaranteed-genuine piece is nestled in a capsule and housed within a box. 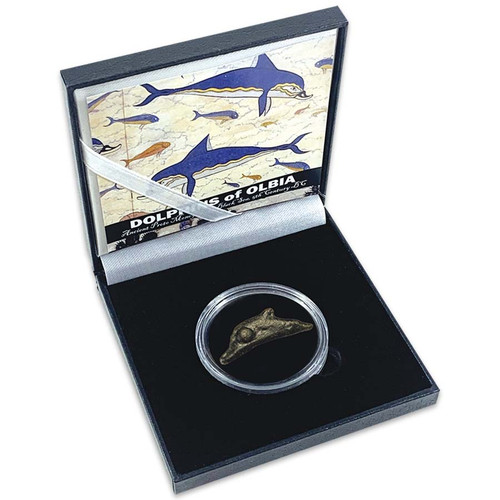