Proof set output was suspended during World War II and only resumed in 1950. That year merely 51,386 sets were issued and they were the very first to feature the Roosevelt dime and Franklin half dollar proof coins. There hasn't been a regular U.S. proof set mintage anywhere near as low since (they've been up to 70 times higher). Just three years later, the 1953 set's mintage shot up 60% to 128,800. This vintage proof set contains three coins with 90% silver content. Some sets were broken up for coveted Franklin silver half dollar proofs, which were issued only as part of complete sets. Deep-struck on mirror coin blanks. Packaging will vary. 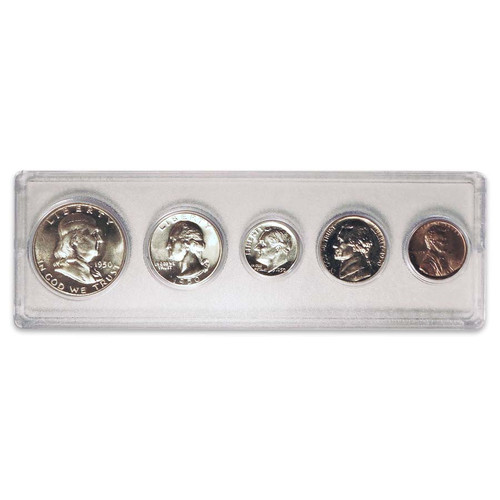